“But there was something telling about that photograph, I thought; our protective glass frame shattered and now here we were, punctured with microscopic holes that might one day tear. Those holes all had names: mortgage, adolescent child, lack of communication, retirement savings, cancer.”

Chicago. The L. Heidi is on her way to work, to tutor immigrants at a non-profit, when she sees a teenage girl panhandling at the station. The baby she clutches to her chest captures Heidi’s heart and imagination, but the train pulls away. Until she sees her again, this time boarding the train. And again, this time at the public library. She feels like it’s fate, and the next time she sees the teen, she brings her to dinner. Then she brings her home.

“I love the quietness of the library, the gateway to knowledge, to the French language and medieval history and hydraulic engineering and fairy tales, learning in a very primitive form: books, something that’s quickly giving way to modern technology.”

I completely felt like I knew Heidi from the inside out; her heart works a lot like mine. I, also, would have had a hard time leaving that girl on the streets. There was a time a few years ago when I desperately wanted to bring a homeless teen we knew into our house (we didn’t, and I regret it with all my heart now, because … well, that’s another story for another day). I understood her, I felt, why she did the things she did. Why she opened her home to strangers.

I also understood why her husband was leery. Why he didn’t understand his wife’s impetus to bring someone they don’t know into the home where they are raising their own daughter. I could see why he would want to investigate her past, know where she came from and why she was doing the things she was doing.

I loved this book. I loved that this book took place primarily in Lincoln Park, one of my favourite neighborhoods in my hometown of Chicago. 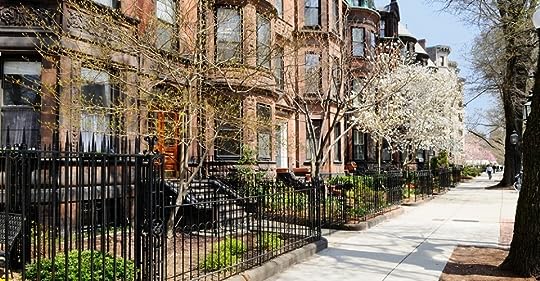 That said, it was fairly slow moving. You spend a very long time getting to know the characters, only to find out that you didn’t know one of them the way that you thought you did. Then all of a sudden, about three quarters of the way through the book, things start to move very, very fast. Everything falls apart and you’re left not knowing which end is up.

“As it was, it was the baby or me, and I chose me, a decision that would haunt me for the rest of my life.”

I shelved this as a mystery, but really it’s more of an emotional drama. If you have a soft spot for Chicago and are interested in slow moving character books, you’ll like this as much as I did. The author has a crisp, clean writing style that I really enjoyed, and her prose is kind of addictive – I had a hard time putting the book down.