Harry Potter and the Prisoner of Azkaban by J.K. Rowling
My rating:

I have been enjoying going through this series (my first time). I’ve watched the movies, so had a baseline to begin with, but had stayed away from the books because in general I’ve had enough reading about children in adult situations being stupid. This series really downplays the children aspect, which I’ve mentioned before – and gives you well thought out, well reasoning intelligent characters that make informed decisions and have adventures. Fantastic.

I thoroughly enjoyed this book, the whole situation that they found themselves in – the new character additions, even the development of Harry and Hermione. The big reveal I totally did not see coming, which is always a particular pleasure.

I did start having problems with how some of the teachers act though. Isn’t there any oversight in this place? I mean, it’s one thing for students to kind of pick fights with each other, but I don’t think it’s OK for Teachers to treat students with so much overt favouritism. Not just favouritism either, but neglect and disparaging remarks.

I find the whole Dementor thing mildly interesting – and the Patronus (sp?) charm, I don’t get it at all. Is it just the corporeal manifestation of a happy memory? Why do the Dementors run away from that, and how does that give you control over them? I can see that just pissing them off so next time they’re even sneakier about wanting to kiss you.

BTW – doesn’t this kissing thing seem somewhat inappropriate? Be careful or the scary scale monster will try to kiss you. 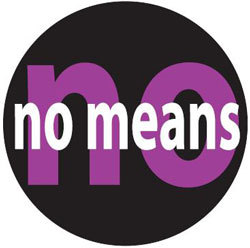 Oh, and the time turner thing. Totally invalidates everything written in the book about anything, because someone could use one of those to just go and change something – like, why didn’t a Death Eater grab one, turn it back a day and tell Big V not to curse Harry? Why hasn’t the Death Eater cult just used them every time one of their members gets captured to go back and perform a redo? Why hasn’t the ministry used them for the same thing? Why isn’t their weird time paradoxes showing up everywhere? I mean, just because the ministry has to “approve” them doesn’t mean someone couldn’t make or use them without getting permission.

But I digress – it’s just a work of fiction, why use any logic when it relates to time travel – of course you’d just let a student go back in time to do double their day’s work because they want to study hard and never use it for anything else, ever.

“Mr. Moony presents his compliments to Professor Snape, and begs him to keep his abnormally large nose out of other people’s business.
Mr. Prongs agrees with Mr. Moony, and would like to add that Professor Snape is an ugly git.
Mr. Padfoot would like to register his astonishment that an idiot like that ever became a professor.
Mr. Wormtail bids Professor Snape good day, and advises him to wash his hair, the slimeball.”
~ J.K. Rowling

Well thanks for letting me know 😀 I actually had fun writing this one, the Harry Potter books give me a lot of interesting points to reference.