Harry Potter and the Order of the Phoenix by J.K. Rowling
My rating:

This book was great – but so bad at the same time. I mean the story was great, but OMG – it’s a good thing I’m not a wizard, and can’t Abra Kedavra people.

The book starts off average enough, and after all the foreshadowing being attacked by Dementors wasn’t really that much of a surprise. What was surprising, was the total overreaction by the Ministry of magic. Which just continues on throughout the whole book. What, a whole political organization bent on destroying a single person for no reason other than they don’t like them? I can’t imagine that ever happening in real life. 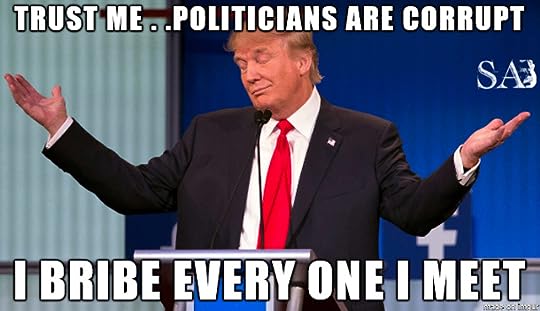 Not to mention the total persecution of the Daily Lies at the behest of the state. I’m sure we are supposed to draw scary parallels to state held media outlets and what happens to the “truth” when there isn’t any accountability to facts. I sure did, it made me cringe every time they talked about what was in the paper. Aren’t there any other media sources not controlled by the government?

I get the same feeling whenever they talk about “ministry approved” magic etc. Where are these people living, why is the state so involved in every aspect of their lives again? 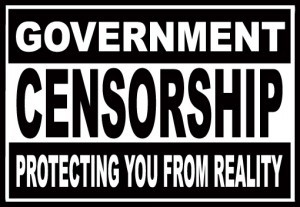 Dolores Umbridge. I don’t even know what to say, wow Rowling can write a completely evil malevolent character. I have rarely ever hated anyone as much as I loathe Dolores. Every time she was referred to I cringed – that cough thing, omg, how did she survive that long without being slapped, repeatedly, by anyone within earshot. Giving someone like that absolute power and control with no oversight, no recourse, and no penalty – and at a school for children for goodness sake. Where is the witch rebellion? If that happened at any school I’ve ever heard of the school board would be buried under an avalanche of angry Mothers, angry letters and even angrier Facebook posts.

Can you imagine this conversation at home, or anywhere in the world? “Oh that, the teacher just made me cut open my hand repeatedly while I wrote lines about not lying. Oh no, I’m not actually lying.” 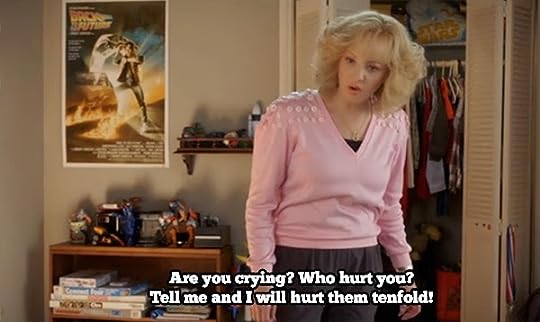 Also – Sirius … WHY! There were so many ways that could have gone that didn’t include that. I suppose it’s a mark of a good author to have made a character that you feel so sorry for that having one more tragedy in his life makes you sick – but why one more tragedy? Totally unnecessary. Almost as bad as Game of Thrones, start liking a character and boom.

It wasn’t even heroic or anything, he was all like “Psh is that all you’ve got? haha!” and then death. So he died being an idiot, was that supposed to point back to how he acted when he was younger, all the teasing and goofing and being a bully finally caught up with him. Why didn’t he just take care of business, he was obviously the better wizard. 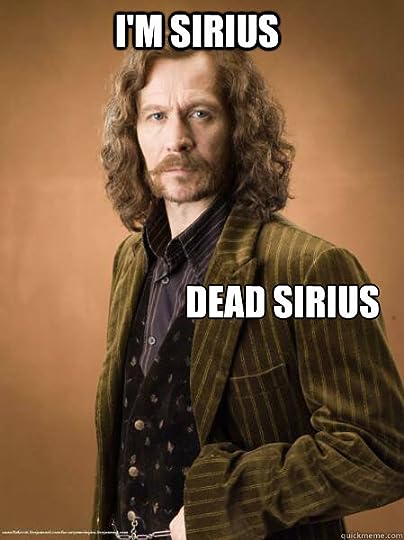 A darker story, but still great, without the irritating characters, irritating ministry, irritating people sticking their fingers in their ears and yelling “lalalalalala” – well without that it probably wouldn’t have been as good, but less fingers on the chalkboard cringe inducing.

“You should write a book,” Ron told Hermione as he cut up his potatoes, “translating mad things girls do so boys can understand them.”
~ J.K. Rowling