Harry Potter and the Goblet of Fire by J.K. Rowling
My rating:

My favourite in the series to this point. A lot of stuff going on here, most of it interesting and future looking – and less little random ridiculous stuff.

Welcome back Dobby – not always my favourite character, but good for some comedic relief. He is the one that makes me want a house elf, I would make sure to never give them clothes, or praise them, or pay them and to treat them quite badly overall. Do you hear that house elves of the universe?

The whole “who put Harry’s name in” mystery was great. Though the backlash he got, while it was clearly not his fault stirred up my injustice meter. In fact there is so much worldly injustice that Harry has to deal with that I am not sure how he holds it all together. If I had to put up with half of that nonsense, I’d have way better comebacks than to just tell people to shut up, or to bottle it all up until my head was about to explode.

Mad eye, I just want to touch on briefly because OMG how awesome is that eye? I would give up an eye to be able to see and do all the stuff that his does. Why doesn’t everyone have magic eyes? I get the impression it is special for him because he’s so paranoid about stuff etc, but I mean, how useful is it for any Aura?

I won’t spoiler the whole cup thing, but it was great. Did anyone doubt the results? I never did – I liked the puzzles though, well thought out, inventive, interesting, lots of I words. Excellent.

Ron and Hermione, CMON already. I know you’re still young and figuring this stuff out, but stop acting like total idiots about it and talk to each other. Do they ever talk to each other? It’s not like the romantic tension is oppressive or anything, but all the snide side talk and weird sniping and anger about everything is annoying. Grow up already – I mean, grow up faster than you’re currently growing up or something.

As little as Sirius is in this book, and other books, I think this is the start of when he became my favourite character. I wish there was more backstory about him and Harry’s Father during their school days. Every time I see something, I’m interested to hear more. Potential prequels? Please? 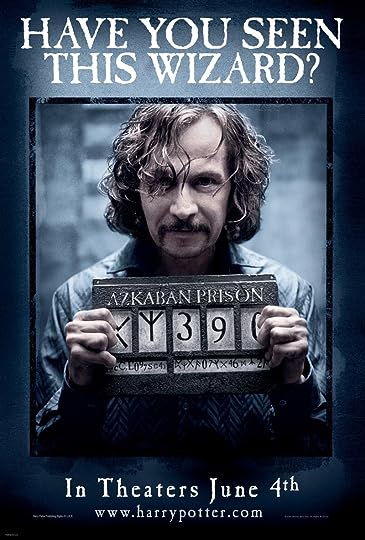 Overall, enjoyable experience, would read again – anxious to see what happens in the next one, now that everyone knows the Dark Lord has returned, it should be great.

“Well, I can certainly see why we’re trying to keep them alive. Who wouldn’t want pets that can burn, sting, and bite all at once?”
~ J.K. Rowling