The Poisonwood Bible by Barbara Kingsolver
My rating:

“To live is to change, to acquire the words of a story, and that is the only celebration we mortals really know.” 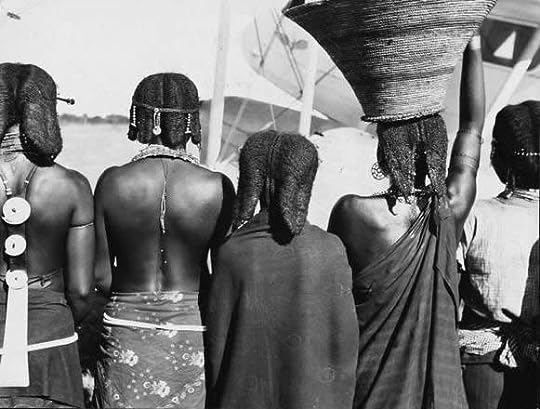 It’s been a little while since I finished this book, three weeks or so, but I couldn’t write about it for a long time.

This is a very dense book. It’s emotionally intense. It is somewhat slow-moving and is very character-driven. It affected me in deep ways, and I can’t really say yet whether or not I “liked” it in the conventional sense, but I rated it highly because it made me think and I learned so much from the setting (The Congo just before and after independence from Belgium) and the history that I didn’t know.

Let me preface this by saying that I have a lot of white guilt already. I am very aware of my privileges in this world as being a white, western cis-gendered woman married to a white, western, cis-gendered man. I am not rich nor do I come from a rich background, but we are comfortably middle-class, and in the eyes of many societies, we would certainly qualify as rich.

This is pretty much where the characters in this book come from. The Price family hails from the south. Father Nathan is a Baptist preacher who moves his family to the Congo to be missionaries. There is a moment, shortly after they move, when his wife (unable to bake an expected birthday cake for her daughter) exclaims “We bought all the wrong things!”.

And they did, in so many ways beyond just the household goods that didn’t work in the jungle.

The overwhelming and poisonous trappings of a Western religion that stomp all over a very moral culture that lives much as one with their environment is the main one.

“Poor Congo, barefoot bride of men who took her jewels and promised the Kingdom.”

I was so troubled by the way that western norms were applied to the judgements of the native people of the Congo. Not by the author, who actually gave a very balanced portrayal of the cultures here, but by the westerners that intruded on another nation and stripped it bare, while trying to tell the people how “wrong” their lives were. It was heartbreaking for me and very difficult to read in places.

That white guilt thing. I felt so, so horrible at every indignity that was perpetuated against the people of the Congo, from hands being lopped off in rubber plantations to people being refused rooms in white hotels to western politicians buying the elections to ensure they could plunder the resources they wanted to the missionaries preaching that their peaceful lives were wrong.

“Our way was to share a fire until it burned down, ayi? To speak to each other until every person was satisfied. Younger men listened to older men. Now the Beelezi tell us the vote of a young, careless man counts the same as the vote of an elder.’ In the hazy heat Tata Ndu paused to take off his hat, turn it carefully in his hands, then replace it above the high dome of his forehead. No one breathed. ‘White men tell us: Vote, bantu! They tell us: You do not all have to agree, ce n’est pas necessaire! If two men vote yes and one says no, the matter is finished. A bu, even a child can see how that will end. It takes three stones in the fire to hold up the pot. Take one away, leave the other two, and what? The pot will spill into the fire.”

At the heart of this story are the Price daughters. Not all of them leave the Congo, for various reasons, and it claims a permanent place in all of their hearts, in very different ways. The narration of the book slides seamlessly between the four of them and their mother; their father, who is at the heart of the story and is the whole reason for their move, is never heard from in this way, although he shines through their words and viewpoints, all very different. The affect that living in this place at this particular time – the coming of independence – has on all of them is life-changing, and winds up affecting the entire trajectory of their lives.

“He was my father. I own half his genes, and all of his history. Believe this: the mistakes are part of the story. I am born of a man who believed he could tell nothing but the truth, while he set down for all time the Poisonwood Bible.”

“He was getting that look he gets, oh boy, like Here comes Moses tromping down off of Mount Syanide with ten fresh ways to wreck your life.”

“For time and eternity there have been fathers like Nathan who simply can see no way to have a daughter but to own her like a plot of land. To work her, plow her under, rain down a dreadful poison upon her. Miraculously, it causes these girls to grow. They elongate on the pale slender stalks of their longing, like sunflowers with heavy heads. You can shield them with your body and soul, trying to absorb that awful rain, but they’ll still move toward him. Without cease they’ll bend to his light. ”

“He warned Mother not to flout God’s Will by expecting too much of us. “Sending a girl to college is like pouring water in your shoes,’ he still loves to say, as often as possible. ‘It’s hard to say which is worse, seeing it run out and waste the water, or seeing it hold in and wreck the shoes.”

There is some action in this book, and some suspense. There’s some falling in love, but not really any romance. There’s some cruelty and some compassion. But, again, I’m still not entirely sure how I feel about this book. I feel like it’s an important and beautifully written piece of literature about a time in history that likely very few westerners know much about, and so I think it should be read. But it may be uncomfortable for you, if you are like me.

“As long as I kept moving, my grief streamed out behind me like a swimmer’s long hair in water. I knew the weight was there but it didn’t touch me. Only when I stopped did the slick, dark stuff of it come floating around my face, catching my arms and throat till I began to drown. So I just didn’t stop.”

This was an amazing book for sure. Well done summarizing a very complicated story!

Thank you! i had a really hard time with this review, obviously. I’m still thinking about this book, and am still somewhat uncertain about it. It’s definitely had an impact on me.