Furiously Happy: A Funny Book About Horrible Things by Jenny Lawson
My rating:

“I wish someone had told me this simple but confusing truth: Even when everything’s going your way you can still be sad. Or anxious. Or uncomfortably numb. Because you can’t always control your brain or your emotions even when things are perfect.”

This book made me so happy.

Here’s the thing; in the last couple of years I’ve been dealing with PTSD, depression, and anxiety. I end up feeling crazy often. And I feel bad about myself for feeling/being crazy, because I feel like the people around me, particularly my husband, deserve better. Although, in many ways, that feeling has always been there, even before I was textbook crazy, because there are a lot of other things “wrong” with me (read: different about me from what society says I should be) and I carry a lot of guilt about not being “good enough”. That’s a lonely place to be.

“I can’t think of another type of illness where the sufferer is made to feel guilty and question their self-care when their medications need to be changed.”

But this book helped me feel both understood, and like I’m so very not alone in the world. I can’t even count the number of “Oh my god, someone else feels like that too!” moments I had during this book.

I listened to this on audio, along with my husband. He’ll probably post a review too, at some point. And I enjoyed listening to him having similar moments, as he commiserated with Victor, the author’s husband.

“I’m allergic to latex and it makes me break out in a rash so most condoms are out for me because the last thing any of us wants is a vagina rash. The alternative is the ones made of sheepskin, but it always creeps me out because does that mean Victor and I are having sex with a sheep? A dead sheep, actually. So it’s bestiality and necrophilia. And a three-way, I think. I actually mentioned that to Victor and he immediately booked a vasectomy, which is sweet because it’s nice that he cares about me. He claimed it was less his caring and more “I’d rather have my nuts cut off than have to listen to you talk about having three-ways with dead sheep.” But now I have all these leftover condoms. They make great water balloons though and I bet they’d be really good for championship bubblegum-blowing competitions. Really chewy sheep bubblegum. That might be cheating. I don’t know the rules about bubblegum contests.” 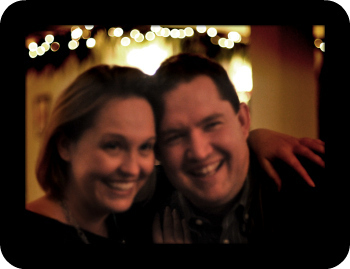 Aren’t they the most awesome couple ever? After Richard and I, of course. I mean really, seriously, I have to give my own other half some props here too.

I don’t think this book will be for everyone. It’s about dealing with both mental and physical illness. It’s about battling your own demons, even when they chase you down and seem determined to best you. It’s about fighting again the next day when you lost the battle the day before. It’s about finding a quiet place to hide and a community when all else fails. It’s about failing, and winning, and how sometimes they can feel like the same thing.

It’s an intimate look inside Jenny Lawson’s life, and how wonderfully weird it is, and how fantastically normal it is, and you are, too.

“There’s a quote from ‘The Breakfast Club’ that goes “We’re all pretty bizarre. Some of us are just better at hiding it.” I have it on a poster but I took a Sharpie to it and scratched out the word “hiding” because it reminds me that there’s a certain pride and freedom that comes from wearing your unique bizarreness like a badge of honor.”

There are taxidermied raccoons and giraffes and there are cats with the most extraordinary, creative names that I wish I’d thought of first, and there are travels and days at home, and there’s just life, and those moments that are so insane that you think no one else has had them, but then you’re reading and….

Okay, in our house it was curly ribbon, but it was still curly and that was impressive, because those festive little rounds of ribbon dangling from a cats backside can be very startling.

At any rate, if you can’t already tell, I really enjoyed this book. I think you should read it, too, because you look like you could use a good laugh, and plus this might give you some insight into understand how my brain works and I think everyone could use some of that in their lives.

“To all who walk the dark path, and to those who walk in the sunshine but hold out a hand in the darkness to travel beside us: Brighter days are coming. Clearer sight will arrive. And you will arrive too. No, it might not be forever. The bright moments might be for a few days at a time, but hold on for those days. Those days are worth the dark.”

It’s so incredibly funny – I do hope Richard writes a review because I know he loved it, too. And the author reads the audio version which I think is awesome.