Requiem by Lauren Oliver
My rating:

“You do not know what will happen if you take down the walls; you cannot see through to the other side, don’t know whether it will bring freedom or ruin, resolution or chaos. It might be paradise or destruction.
Take down the walls.” 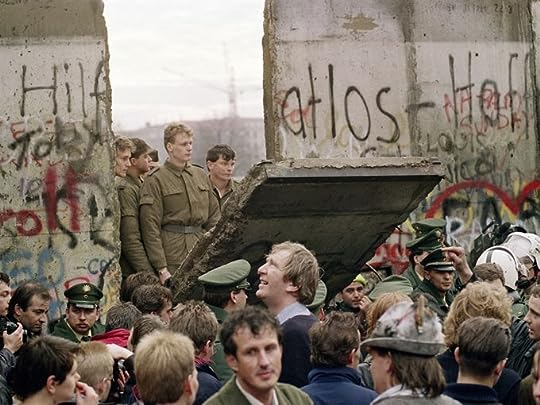 At the end of Pandemonium, the second full novel in this series, Alex had reappeared just after Lena had finally gotten past the bulk of her grief and opened her heart to Julian. There was chaos and riots and the invalids were finally making their voices known and making a bit of a mark, and there was violence and reprisals and terrible corruption in the government being revealed. And Requiem picks up at that moment, or a shadow afterward, as the resistance struggles to pick up and put itself back together again and soldier forward. Meanwhile, Lena has to figure out what is going on inside of her own heart, which is as wrecked as the society she lives in, after all the torture this series has put it through.

Above all, Lauren Oliver is a good writer. Her prose is so lovely, and I have had so much fun with everything I have read of hers. Her style is approachable and so poetic at the same time.

“We’re killers, all of us: We kill our lives, our past selves, the things that mattered. We bury them under slogans and excuses.”

I really enjoyed this book – especially the ending. I seem to be in the minority, often, when endings aren’t what people expect and I like them anyway (Divergent series, anyone?). I know that it didn’t tie up every loose end. I know that you have to use your imagination to envision what happens to the characters after all is said and done. I know that there are a million possibilities on how things could go, both good and bad, and that’s exactly why I liked it. Because now I know exactly how things went (in my head, at least) and it’s just what I wanted. Hah!

Well, for the most part. There are some very sad parts to this book because, after all, it’s about war finally coming about. You can’t have war without any casualties and (don’t worry, I’m not going to post any spoilers) while I was upset about who died and how, because it seemed a bit sudden and senseless… well, that’s the nature of war, isn’t it?

But what I’m most sad about? That this was the end of the series. I really enjoyed all of the world-building and character development, and there was a good bit of both still going on here in the last book. Some series just give up along the way and stop giving you new images, new ideas, new things to think about. They’ve gotten you hooked, obviously, you’re still reading, so why come up with anything else? Not true here. You see some real depths of depravity in some of the politicians that you might not have expected. You see desperation and struggle among the invalids as you haven’t before. And now it’s done. And I have a sad.

“For a second, I feel a sense of overwhelming grief: for how things change, for the fact that we can never go back. I’m not certain of anything anymore. I don’t know what will happen–”