Vanishing Games by Roger Hobbs
My rating: 2 of 5 stars

Disclaimer: I didn’t read the first book in this series, and now am definitely not going back to do so.

This book starts off with a little lesson on sapphires, and the way that the sapphire trade works – at least in illegal circles. Why? Well an old friend and mentor of the main character has gone and stolen a bunch of raw sapphires, which don’t look like much uncut and unpolished, but are worth a ton. 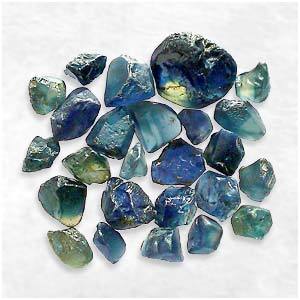 Problem is, she stole them from some very bad people, who were planning to give them to even worse people, and now everyone and their brother wants her dead – especially because she accidentally stole something worth even more money, though she doesn’t know it yet.

Enter the main character, who is meant to be a bad-ass bank-robber con-man ultimate-fighter James-Bondey kind of guy. Only bad.

This is basically an action movie in a book that makes you want to root for the bad guys (rather than the worse guys. There is no option here to root for good guys; there aren’t any). And in that way, it’s okay. I almost think it’d be a better movie than book.

Maybe because then it’d be over in 2 hours.

This just wasn’t really my kind of book. I kept getting angry and disillusioned and thinking it was all ridiculous and over-the-top nonsense and WHY DIDN’T ANYONE CALL A COP????

I mean seriously, the closest we get are sirens in the distance. While people are fighting and shooting up high-class hotels. You would think someone on their floor would at least call in a noise complaint to the front desk. The fighting. Oh my god all the fighting. I was wishing they would just all shoot each other and be done with it.

The best thing I can say about this book is that it took place in Macau while I was watching an Amazing Race episode that took place there, so yay for two references to an obscure place in the same week!