Ruins by Dan Wells
My rating:

“This is life…Not a peace treaty, not an idealistic dream, but a grim dance of death and survival. The strong live on while the weak–the ones too small or too foolish to fight back–die in agony and blood.”

I enjoyed this series immensely, and for once in a trilogy (totally backwards from my usual starts-off-strong-then-fades experiences) the last book was my absolute favourite.

There is much more character development in this book, and you spend a lot of time inside of the heads of characters that you might feel are only acquaintances at the start. You know Kira pretty well from the first books, but have you thought about the mind of Isolde? Or Haru? Or the other cast of supporting characters that have become much more than stage setting as the stories have continued? Now’s your chance.

Ruins brings a beautiful final resolution to the series, but it makes you work for it. It makes you spend some time with genuine fear, with anger at the foibles of humanity, with guilt for being human, with love, and the remembrances of first loves and their intensities. That last one, it is just so well-done here. I don’t like much romance in the YA books I read, partly because I feel like a creeper for reading about kissing teenagers, and partly because it’s usually just not that well written. It doesn’t ring true to me. But here, oh it does. It very much does, and it’s not just about love for a boyfriend or girlfriend, but about love for our friends and our world and humanity. And how mixed up it can be with other emotions.

“You don’t apologize for this Samm, it’s love, and love doesn’t weigh it’s options and pick the best one. Love just wants things and it doesn’t know why, and it doesn’t matter why, because love is the only explanation love needs.”

“Just because I don’t like you very much doesn’t mean I don’t love you,” said Kessler. “I raised you for ten years; you’re my daughter whether you like it or not.”

There is a creepy new character in this book, called “The Blood Man” who has given me nightmares for several nights past the time when I finished this book. He has an agenda, and it complicates the already difficult work everyone is having to do, what with war and plague and people dying and Partials dying and babies dying and everyone hating each other and all. His agenda is what scares me. And the thought of that scary black helicopter of his descending out of nowhere. 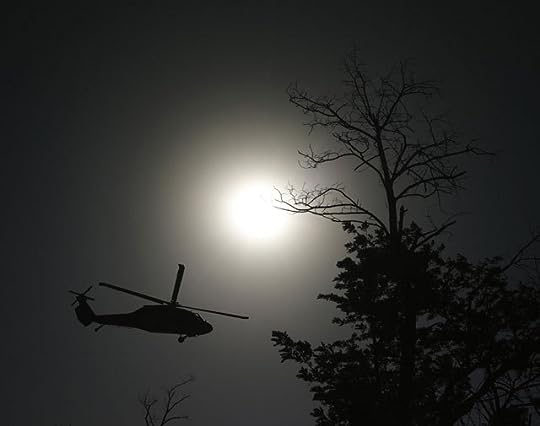 “Do you know what’s going to happen when the world ends? We call it the end of the world, but it’s only the end of us. The world will go on, the planet and the life that lives on it. Rivers will keep flowing, the sun and the moon will keep turning, vines will creep up across the cars and the concrete. There will come soft rain. The world will forget that we were ever here. Human thought—the glorious zenith of five billion years of evolution—will go out like a candle, gone forever. Not because it was time, not because the world moved past us, but because we, as a people, were fools. Too selfish to live in peace, and too proud to stop our wars long after they ceased to have any real meaning…The only thing left of any value on this entire planet is their lives, but that’s not worth anything while the other guy still has his, so they kill each other. They are in a desperate race toward the final death. The winner will be the last one standing, and his prize is the final and most terrible solitude this world has ever known.”

The best part of the book, is that after it gives you all the feels, and rips your heart into itty bitty shreds, and makes you cry, it gives you one more thing that is so, so important.

“Nobody has a destiny. I mean, nobody has some kind of inescapable path for their life. This mug was made from clay, and that clay could have been anything at all until somebody made it into a mug. People aren’t mugs, we are clay. Living, breathing, thinking, feeling clay, and we can shape ourselves into anything we want, and we keep shaping ourselves all our lives, getting better and better at whatever we want to be, and when we want to be something else we just smooth out the clay and start over. Your lack of ‘purpose’ is the single best thing about you, because it means you can be whatever you want.”