stephen curry shoes
Skip to content
Curry Shoes
Last night, plagued by insomnia, I was poking around on Facebook, and on a lark, did a search for someone I used to know many, many years ago.  Faced with a page of results, I clicked on I think what was the third one down at random, and it said Hometown: Colorado Springs, CO.  Wow, well that was the home town of the person I used to know, so I sent off a tentative message asking if he was the someone I thought he might be, someone I met in Central America when we were both teenagers.
Believe it or not, it was.  Some force in the universe must have been guiding my mouse.  I’m absolutely in shock and awe.  I know I shouldn’t be.  I’ve found other friends from my high school era on Facebook.  Heck, I’ve found friends from grammar school there, too.  This, though, it really shocked and surprised me in a beautiful way.  Sometimes life offers you the most amazing little surprises. 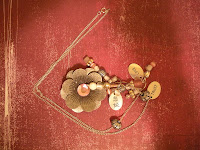 I’ve had a rough time the end of this winter.  I had a bloody awful migraine that had me in bed for four days at the beginning of the month, the worst one I’ve had in ages.  To top it off, I was severely affected – really, disabled, by the seasonal affective depression that hasn’t bothered me since we left Grande Prairie.  It’s the lack of winter sunshine, I think.  We don’t get much in our new place, and it’s been so cold that I haven’t been spending much time outdoors.  I cried when it snowed again this week, because I was so devastated that spring hadn’t quite sprung.  I created a pink and silver necklace to try to inspire happy, spring thoughts, and it did work to a degree.  But now I have an old friend to catch up with, and a Shakespeare comedy with two lovely people tomorrow night to top it off.  Things are surely looking up.
More books!
Okay, I’ve given up on making it to fifty by my birthday, but I’m still making progress on the year’s goal.
31. The devil in the white city : murder, magic, and madness at the fair that changed America Larson, Erik
32. Left neglected Genova, Lisa
33. Trial by fire : a novel of suspense Jance, Judith A.
34. What the night knows : a novel Koontz, Dean
35. The strain  del Toro, Guillermo
The Devil in the White City was a great read, and I would recommend it highly to anyone interested in Chicago’s history, architecture, or serial killers – or all three!  It chronicles the planning and building of the grounds of the World’s Fair Columbian Exhibition, with a side plot telling the tale of a con man and murderer who was active in Chicago at that time.  I love history, and this book weaves together stories from historical documents and the author’s imagination seamlessly.
The Strain was an interesting read as well – vampires as they should be: scary, mean, ruthless killers (as opposed to sappy, virginal, emo teen stalkers).  This was the first in a trilogy, and I picked it up because it’s penned by the same man who wrote the script for Pan’s Labyrinth, one of my all-time favourite movies.  It’s well-written and interesting, and very very scary.  I’ll definitely be reading the next in the trilogy soon.

2 Comments for “Amazed by Life”

I'm so sorry to hear about your migraine and your S.A.D. It has been a very bad winter. I can totally relate! I'm glad things are looking up. I don't like to call anyone when I'm depressed either, but feel free to email or facebook me! Looking forward to seeing you at book club soon!